How is AI Saving the Future 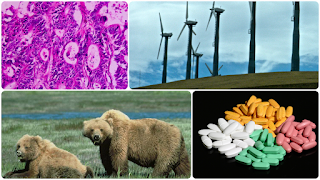 Meanwhile the talk of AI being the number one risk of human extinction is going on, there are lot many ways it is helping humanity. Recent developments in Machine Learning are helping scientists to solve difficult problems ranging from climate change to finding the cure for cancer.


It will be a daunting task for humans to understand enormous amount of data that is generated all over the world. Machine Learning is helping scientists to use algorithms that learn from data and find patterns.


Below is a list of few of the problems AI is working on to help find solutions which otherwise would not have been possible:


We at Cere Labs are continuously thinking how we can develop applications based on AI that can help humanity, especially in healthcare. We will keep you updated of the progress we make in this area. AI is not just about robots winning a game of chess or  a game of GO.